At this point, between my son and I, we own 6 different bipods.  I'm not sure you can say I'm an expert, but I feel I'm pretty informed about bipods.  This review is actually the fourth bipod review I have done and this review is for the Harris Series S Model LM Bipod.  The Harris website refers to this as Model HBLM-S.  The other Harris Bipod that I reviewed was the S Series Model 25C.  My goal with purchasing the Model LM bipod was to have a bench bipod that I could use for checking zero on various rifles.  Specifically, I wanted to put it on my FNAR as shown below.

I purchased the Harris Series S Model LM Bipod at a gun show for $95.  The next two photos show the packaged bipod and what is inside the package. 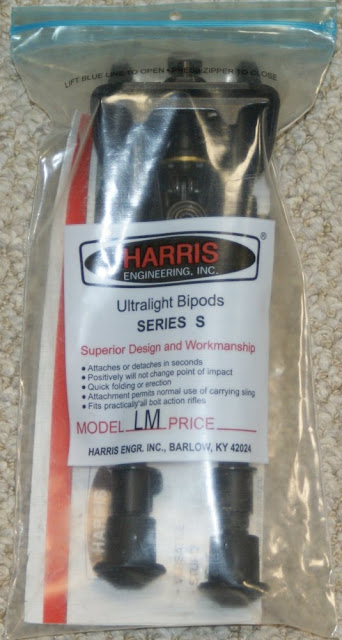 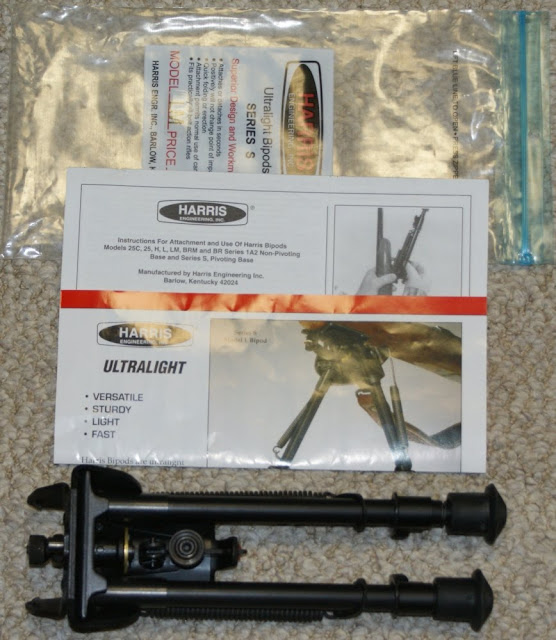 The bipod measures about 9" in it's folded state and weighed it at 0.89 pounds. 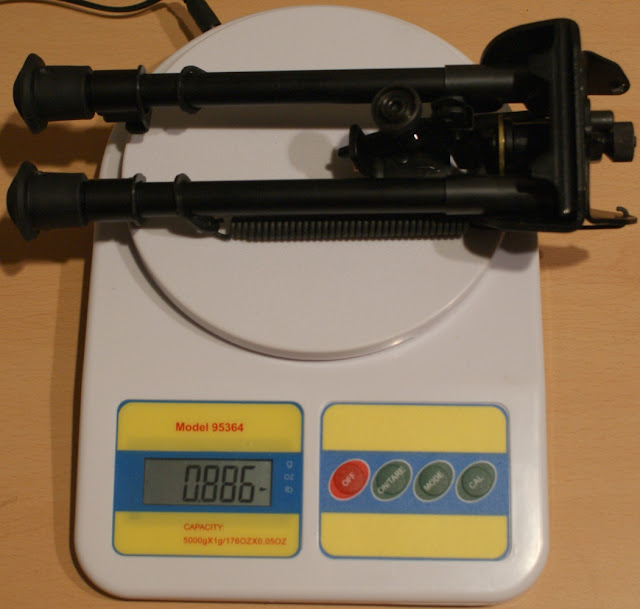 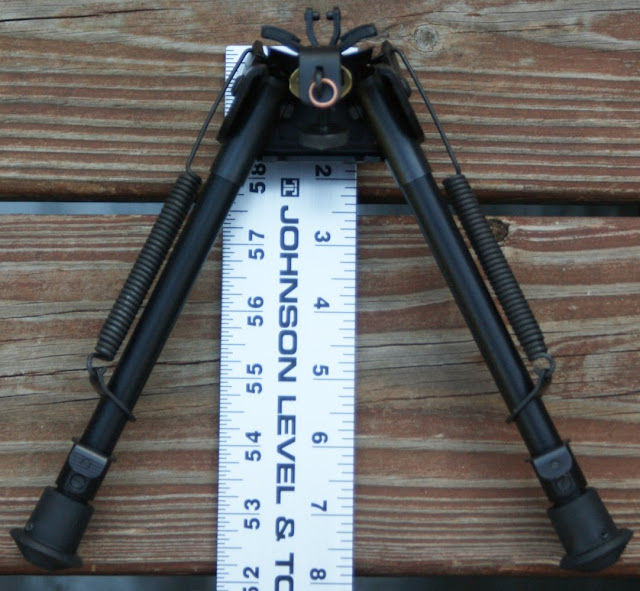 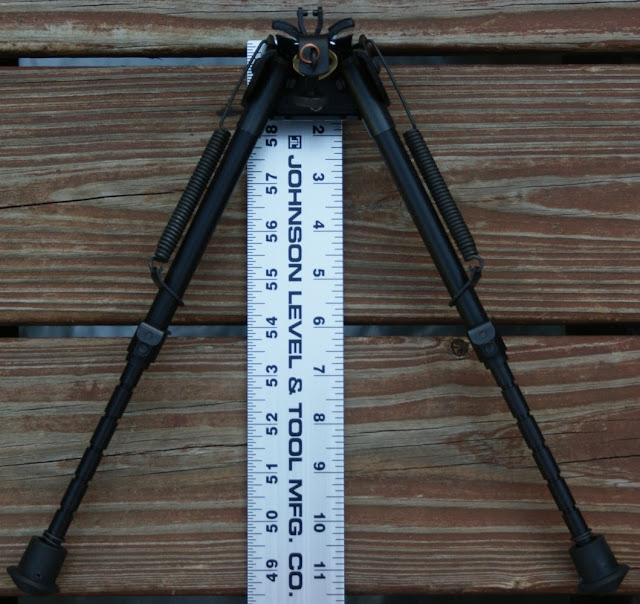 The legs have 7 positions (fully retracted, fully extended and 5 intermediate) that lock in place with the leg notches.  These notches ensure that the leg will not retract when putting pressure on the gun.  When the legs are fully retracted and locked in the notch, a small coil spring becomes preloaded.  When you press adjustment tab (left side in photo below), the leg will actually pop out to the longest position and lock in place.

The two legs are spring loaded to be in the down or folded positions by the long springs shown below.

The attachment plate to the rifle swivels on a center pivot allowing rotations as shown below.  This help maintain a vertical rifle position when on uneven ground.  You can also see the softer pads that contact your stock to prevent damage when using the bipod. 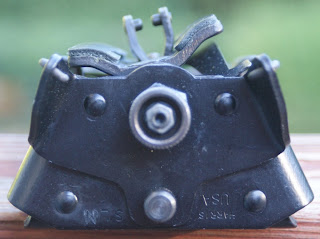 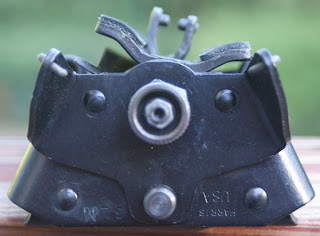 The force required to swivel the rifle can be adjusted by tightening or loosening the knurled thumb nut on the back of the bipod as shown on the left side in the photo below.  You can also see that Harris has included an additional swivel stud so that you can still attach a sling to your rifle. 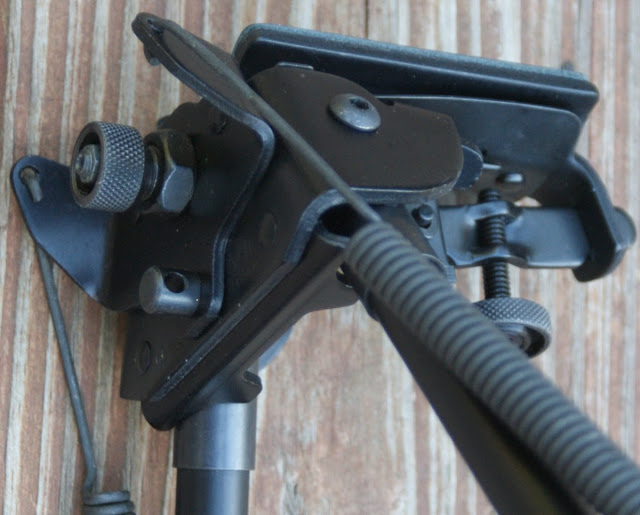 I have included the next couple of photos so you can see the attachment area from different views. 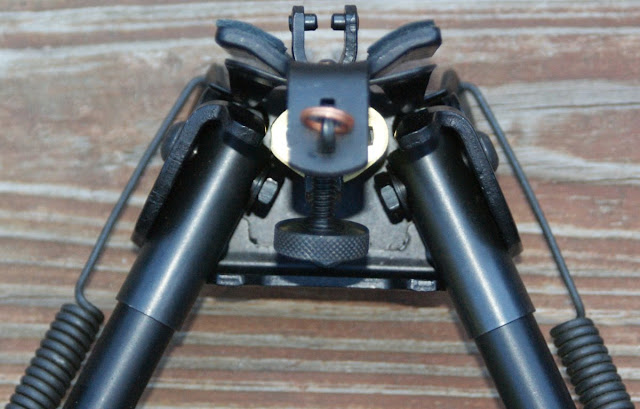 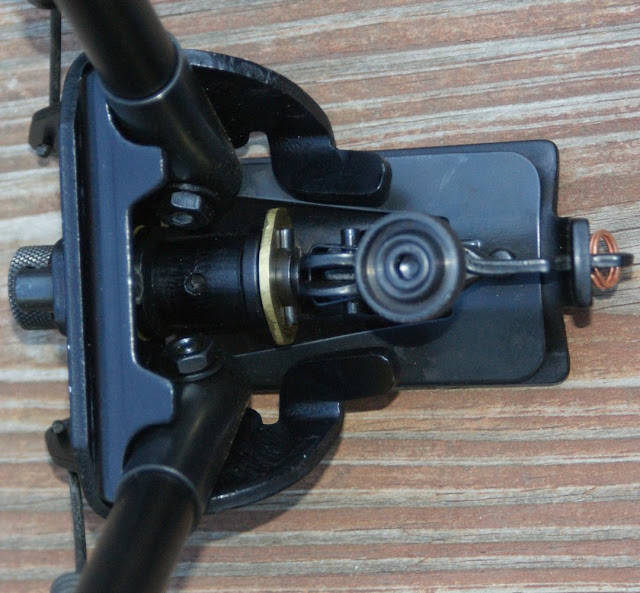 The next two photos show the bipod installed on my FNAR rifle.  On this rifle, the swivel stud is attached to the bottom rail. 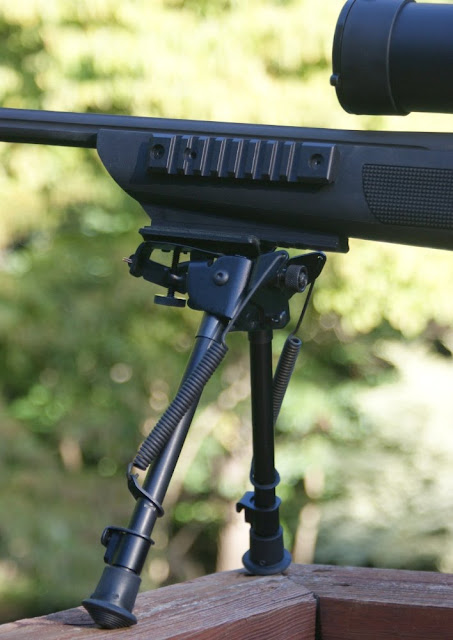 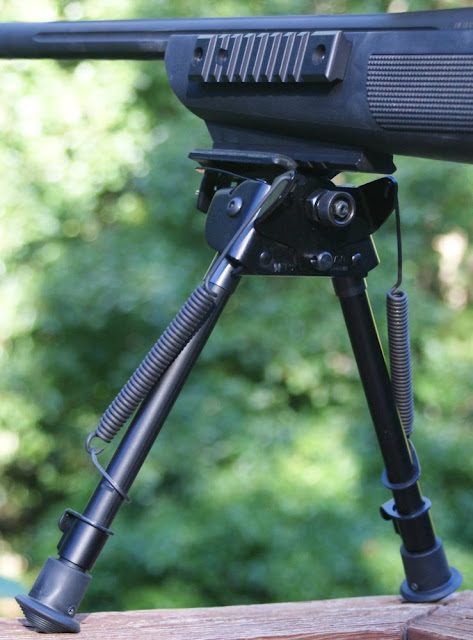 Bottom Line:
The Harris Series S Model LM Bipod appears to be a quality product.  Harris actually set the standard in bipods over the years and there are now several manufacturers who produce Harris simulants.  Out of the 6 bipods that I have in my gun room, three are Harris bipods and I have never had any problems with their products.
The only issue I have is that I may have purchased the wrong height bipod.   I wish I had gotten the 6" to 9" version.  It seems that the minimum height of the Model LM is higher than I would prefer for bench shooting and I never use the adjustment features on the legs.  Next time I'm at the gun show, I will see if I can work a swap to the other shorter model.
© 2010 Gunsumer Reports
Posted by Kevin at 9:27 AM