On Saturday, the winds were 13 mph with gusts up to 25ish mph.  On Sunday, there was rain. So I decided to head down to an indoors rifle range and at least shoot 25 yards to verify the scope zero.  Also, shooting at this distance should allow me to go directly to the 100 yard range next weekend.

My first three shots were those to the left of the bulls eye.  After I adjusted the scope, my next four shots were those on the orange.  I really did not like my shooting rest setup because all I had was my Bulls Bag and the table was too short for me to get comfortable.  The pistiol grip had to hang off the back of the table and you can see I was having too much scatter in elevation.  I put my gun case on the top of the table and then the Bulls Bag and was happier with this setup.  My next three shots were the lower group on the target.  After that I shot two 5 round groups (top and right groups).  Since I feel better with my shooting position for the last three groups, I'm only going to talk about them.  Below is the data based on the 25 yard and extrapolated to 100 yards (center to center group size x 4). 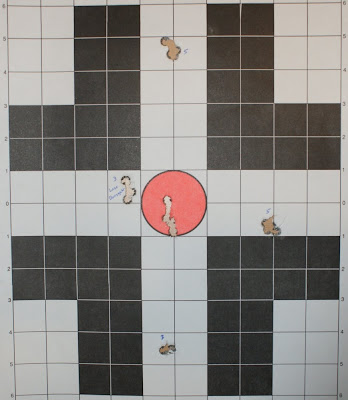 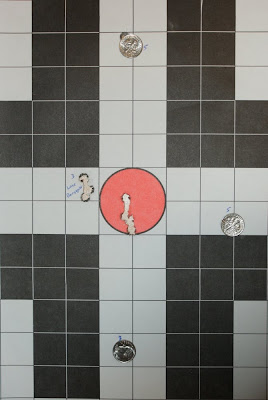 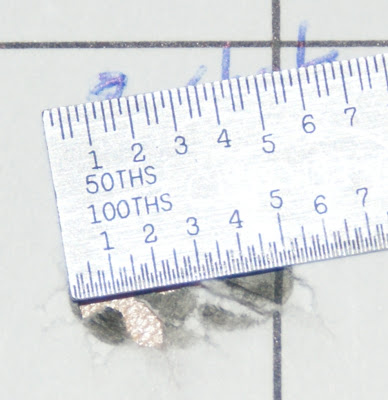 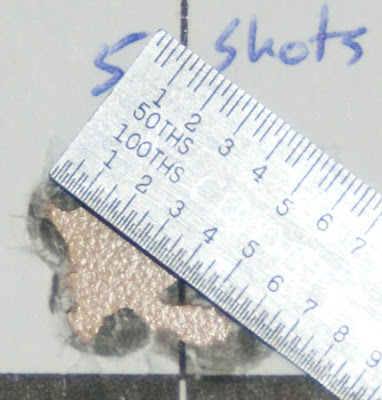 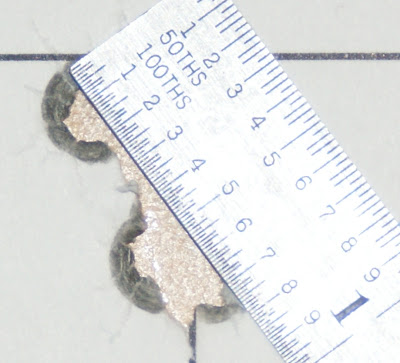 Final Thoughs:
If cheap ammo will do this, I think match ammo will do great.  I didn't want to waste any match ammo on this 25 yard test.  When I shoot at 100 yards, I will also have a much better rest setup.  I plan on using a Caldwell Lead Sled.  I'm looking for the accuracy of the rifle, not the accuracy of me (that's a different review).

You can see all of my posts on my FNAR rifle by going to my Summary Page.
Posted by Kevin at 7:17 PM